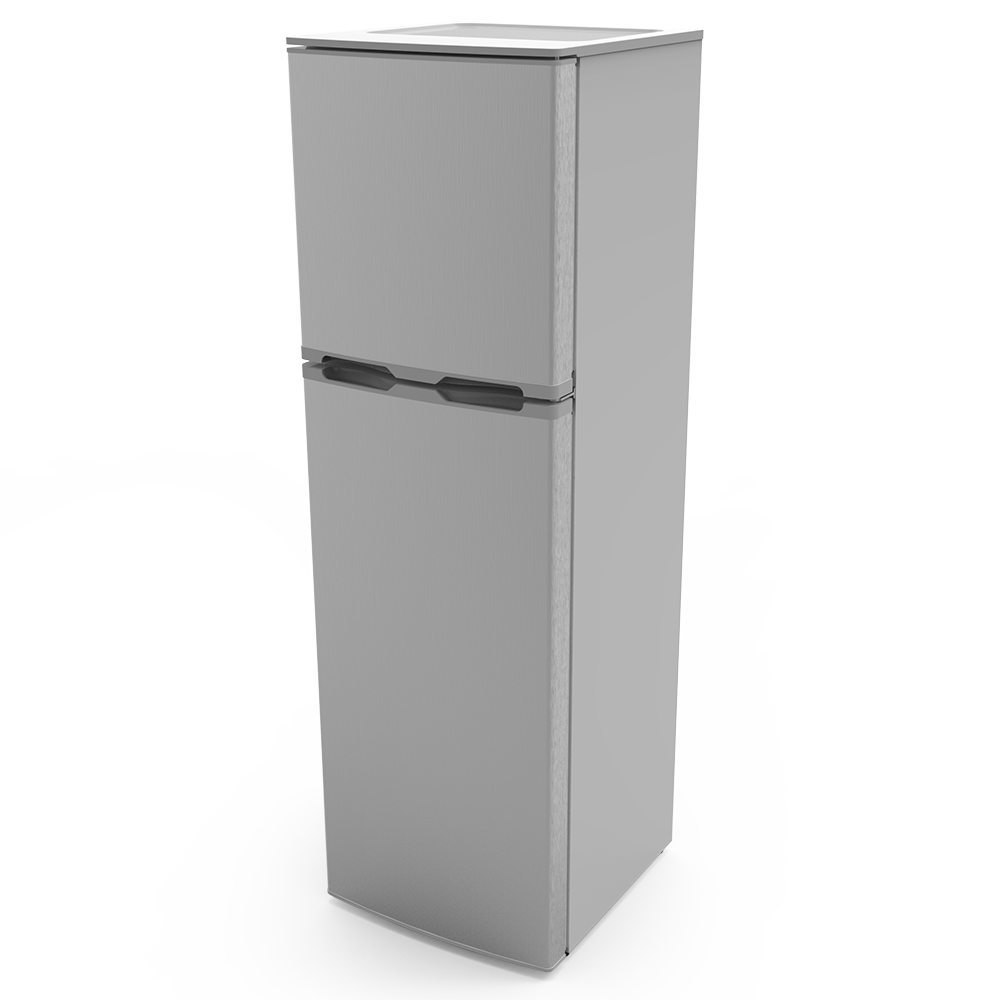 This solar DC refrigerator versus an AC refrigerator debate has been discussed previously, and there seem to be several ways of answering this question. I believe that the real answer comes down to needs. I’ll attempt to break down my answer so that people become more informed when faced with decisions like this.

Okay, so, the most common answer to the AC refrigerator or DC refrigerator debate is AC. Why? This is usually the answer because of familiarity. We’re used to the refrigerators that we already have and/or know of. Additionally, the power consumption of energy efficient refrigerators are almost the same as solar powered DC refrigerators. The models are also cheaper. So, wow! Why wouldn’t you just stick with AC?

Let’s talk from a comparable scenario. You, the user, don’t have solar or a refrigerator, but would like both. What should you do? You’ll need panels, you’ll need battery packs, and you’ll need the little bits and wires. For the sake of comparison, let’s also say you’ll be looking at an 11 cubic foot upright refrigerator. So what will you need. Let’s look at costs of the units first. The current cost of a solar powered DC refrigerator is about $2400, and a comparable AC model costs as low as $700. The Voltray line of 12/24 volt solar refrigerators only require about 150 watts to boot up the compressor and recommend at least a 12 volt battery setup in 420 amp-hour. It would give you enough capacity to operate for 3 days. The cost for the kit with a solar panels, battery, all the wires and switches would cost $3965 with the appliance.

AC compressors usually need about 500-600 watts or more to get the compressor booted up. Although comparable, you’ll still need at least double the battery power. On top of that, you’ll also need to buy an inverter to make sure you can plug it into something. The total cost for the AC unit, panels, and the rest of the setup would be around $3500. You’ll need at least 600 watts of panel space on top of your roof and an 820 amp-hour battery, if not more, that would still be taxed heavily by consumption of AC refrigerators and their initial power draw when the compressor kicks in.

Unless you’re installing these things yourself, more parts usually results in longer install times. Longer install times usually results in more to pay the contractor to install on your behalf. In an apple to apple comparison, if you compare MSRP costs without taking into account installation, AC is still cheaper by a bit. After installation is factored in, they become even more comparable in terms of cost. Going with AC at this point causes you to lose out on both panels and battery economy. The extra bit money going towards a DC refrigerator would result in much simpler system and a much smaller placement of solar.

If it was an issue of costs and you’re looking to grid-tie, then perhaps your standard AC refrigerator is your best bet. It’s harder to justify a solar DC refrigerator or a DC chest freezer when you’re tied up. If you want something powered independently from the grid, then absolutely choose DC. They’re incredibly efficient, take up less setup space and are essentially blackout proof and autonomous after you set it up.

If you’re off-grid or the place is remote, then absolutely go DC. This is where a solar refrigerator truly shines. You’ll always need food, so you need a place to store it and it’s just less of a hassle to implement a smaller system that is easily maintained and expandable. When you have fewer components, there are more consistent results and less chance of error.

What about in a situation where you already have a battery bank and solar setup? What would you choose then? I would still say DC would be the better bet. If you’ve already got a system, then you should know how energy consumption can disappear in the blink of an eye. A DC model is less likely to sap away your battery because of that smaller initial power draw every time the compressor kicks in. Also, they’re still more efficient.

On the side of caution, I should probably add this as a PSA. When looking to get solar DC refrigerators and chest freezers… when it sounds too good to be true, it probably is. Some companies take regular AC refrigerator shells and plug in a DC compressor. It will work for a bit, but, DC requires thicker wires. So as a result they eventually burn through the wiring which causes the appliance to fail. Make sure the unit you’re looking at is built from the ground up for DC operation to ensure that you’re getting an authentic DC refrigerator and not some cobbled-together cheap fridge.

Rather clarifications. This is more of an expanded answer of why the difference. Every refrigerator takes a surge of energy to start up. It’s the same with DC, but the startup wattage is significantly lower than AC.

Let’s have a little thought experiment. If you have two systems of similar technical efficiency, but every time the motor kicks on in one of them it saps more juice, in the long run, how would that affect the system as a whole. Companies do these tests under doors closed settings. If you were to open a close it, similar to standard household use, you increase the motor starting significantly. The cold air is dumped (thermal dynamics happening) and the motor starts more often. This leads to more power taken.

I haven’t even jumped into the problems with Inverters either. The short and skinny of inverters are that they aren’t efficient. At their best, you still lose about 15% powerloss due to inversion (which is why it heats up so badly). That’s at it’s best, read the manual and specifications clearly too. If you’re not using the capacity of the inverter, for example, you have a 1.5kw inverter and you’re using 600W, then the powerloss can spike as high as 60%. That’s insane, especially if you’re looking to conserve battery energy for rainy days. That and the simple fact of leaving the inverter on creates powerless as it leaks power to idle. Look it up if you don’t believe me.

Inverters do have their place, but moreso as a control system that you can turn off and on. Control the consumption.